if a song could be freedom mixtape 007 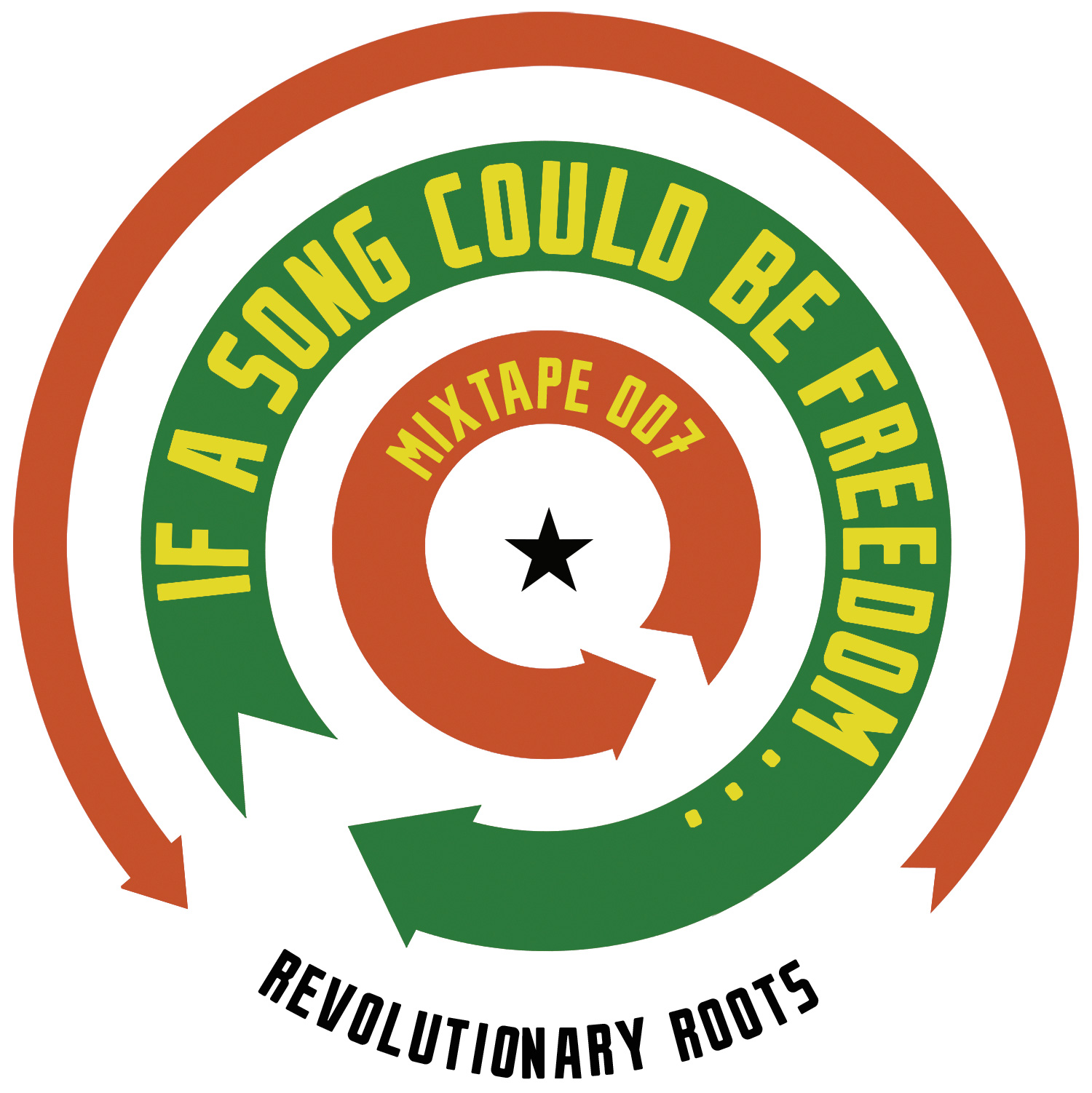 if a song could be freedom mixtape 007

if a song could be freedom mixtape 007 is curated by Xaviera Simmons.
In Xaviera's words:
Jamaica is just all of it..Stunning landscape, diversely populated, politically charged and creativly genius.. For me popular music starts in Jamaica as it's basically where DJ'ing and mc'ing began and it's where rap took flight to give us modern day hip hop. I constantly look to Jamiaca for inspiration visually, creatively, architecturally and politically.
I assembled the playlist "Revolutionary Roots" to engage the Black Male revolutionary voice that has rung throughout the landscape and through the speakers of Jamaica and Jamaican radio for over 60 years. Revolution and political engagement are always present and underneath the Jamaican landscape. The lyrics to the majority of songs produced there have some kind of resonate political overtone; be they conservative or liberal, deeply personal or openly worldly. There is a revolutionary tone even in the love songs which is pretty stunning for such a small island. Jamaica is a small island with mighty people and an epic creative output that reverberates around the world.
I choose to create a playlist that focused on both popular Reggae revolutionary tracks like Bob Marley's "War" which is a partial transcription of Ethiopian Emperor Haile Salassie's 1963 United Nation's Address,  to lesser known artists (though still popular in their own right)  like Mutabaruka and his scathing critique of the lackluster political engagement of "Blacks In Amerika".  I also chose to focus on sounds from the late 70's till the late 80's as I am particularly attracted to roots music in Jamaican sound and how roots music and revolution still resonate today.
Xaviera's body of work spans photography, performance, video, sound, sculpture and installation. Simmons' works are in major public, private and institutional collections and she has been the recipient of major and numerous awards. She serves on the board  of directors of both Spaceworks and Printed Matter.
Bob Andy - Check It Out Johnny Osbourne - Truth and Rights Linton Kwesi Johnson – Inglan Is A Bitch Linton Kwesi Johnson – Inglan Is A Bitch v.2 Black Uhuru – I Love King Selassie Bob Marley – War Peter Tosh - Equal Rights Culture – Two Sevens Clash Burning Spear – Slavery Days Burning Spear – Marcus Garvey Junior Byles - When Will Better Come Bunny Wailer – Crucial Max Romeo – War In A Babylon Steel Pulse – Ku Klux Klan Bob Marley – Get Up Stand Up Mutabaruka – Blacks In Amerika

Uploaded by Interference Archive on August 8, 2015